Global Citizen Science – Can Citizens Deliver and Make a Difference?

We are witnessing an explosion of Citizen Science activity as technology makes it possible for citizens to take part in science and deliver unprecedented levels of quality data across the globe. Martin Brocklehurst has been at the fore front of activity to bring the global citizen science community together to develop global programmes that have the potential to provide data and information that can be used to:

With support from UNEP and the Wilson Centre in the US, the Citizen Science Global Partnership (CSGP) was agreed at the UN Environment Assembly (UNEA3) in Nairobi 2017. Citizen Science Associations have emerged in Australia (ACSA), Europe (ECSA), the USA (CSA) and Asia (CSAsia) and discussions are underway to set up Associations in Africa and South America. CSGP is planning sessions on Citizen Science in Dubai at the Eye-on-Earth Symposium in October 2018 that will take part in parallel with the UN World Data Forum as the value of unconventional data sources is increasingly recognised by National Government. CSGP will also be present in Nairobi at UNEA4 in March 2019 at the highest-level environmental decision making body on the planet.

This talk and the associated discussions will explore whether we are ready to take the next step as Global Citizen Scientists and develop the integrated programmes that will prove the value of citizen science at the global level. Successful programmes are needed to drive change and encourage Governments to actively engage across the planet with the citizen science community. It will also explore the leading role that Australia could play in that process as the lessons learnt in running citizen science programmes on the Australian continent are shared with the global community. 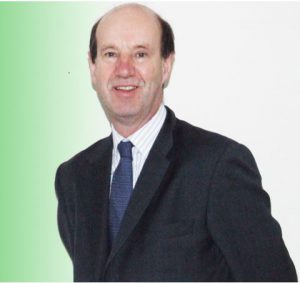 Martin is also a national expert on Waste and Resource Management and the UK National Representative on the ISO and CEN/CENELEC Ad Hoc Groups to explore what additional standards are needed to promote the Circular Economy and previously he was the Technical Advisor to the Parliamentary Environment Audit Select Committee, Growing a Circular Economy; Ending the throwaway society as well as adviser to the International Solid Waste Association (ISWA) on the same topic.

Martin’s specific interests in Citizen Science and the SDG’s relate to:

Can’t get to Canberra? The seminar is also available for webcast via this link.