Skip to content
06Sep 2018 by Alan Stenhouse No Comments

We started the conference with some workshops – I attended “New Visions in Citizen Science and Public Policy in Australia”. Some of the highlights of this for me were Libby Hepburn telling us of the United Nation’s goal to get one billion Citizen Scientists in the world by 2020! Then Jo White, from the New South Wales Office of Environment and Heritage, provided good guidance on what to aim for when thinking about changing policies using Citizen Science (CitSci). Lea Shanley from the US South Big Data Hub provided some examples from the US, such as how they got the government to explicitly support CitSci and created a federal CitSci toolkit.

Amy Kaminski from NASA described CitSci as a tool for scientific research and societal benefit at NASA and gave examples like AuroraSaurus – which needs people in the Southern Hemisphere to take part! Amy also mentioned some relevant points for me such as: lack of expertise to review CitSci projects in review panels; data quality concerns; the science community’s lack of experience with CitSci. Of particular note was her advice to use the terms “augment + enhance” scientific research to allay fears of the “replacement” of scientists. A great idea! She also mentioned that the next Earth Observation budget will include a CitSci component.

Next up was the official conference opening with a fascinating welcome to country from Kaurna Elder Uncle Lewis O’Brien who reminded us of the breadth, depth and importance of indigenous knowledge. This was followed by a keynote from Alan Finkel, Australia’s Chief Scientist. He told us about Ferdinand von Mueller who came to South Australia in 1847 and started perhaps the first Australia-wide CitSci project from the 1850s onwards. He was a botanist and convinced interested citizens (primarily women) around Australia to collect plants, store them appropriately and then send them to him.

My talk was scheduled as the last of the first day in the #EmpowerWithData stream and I think it went ok – at least I had some good feedback and comments on Twitter. Afterwards all the speakers in our stream stood up the front and had a good discussion with the audience for 30 minutes which was very worthwhile.

Some other highlights for me from all the presentations were: 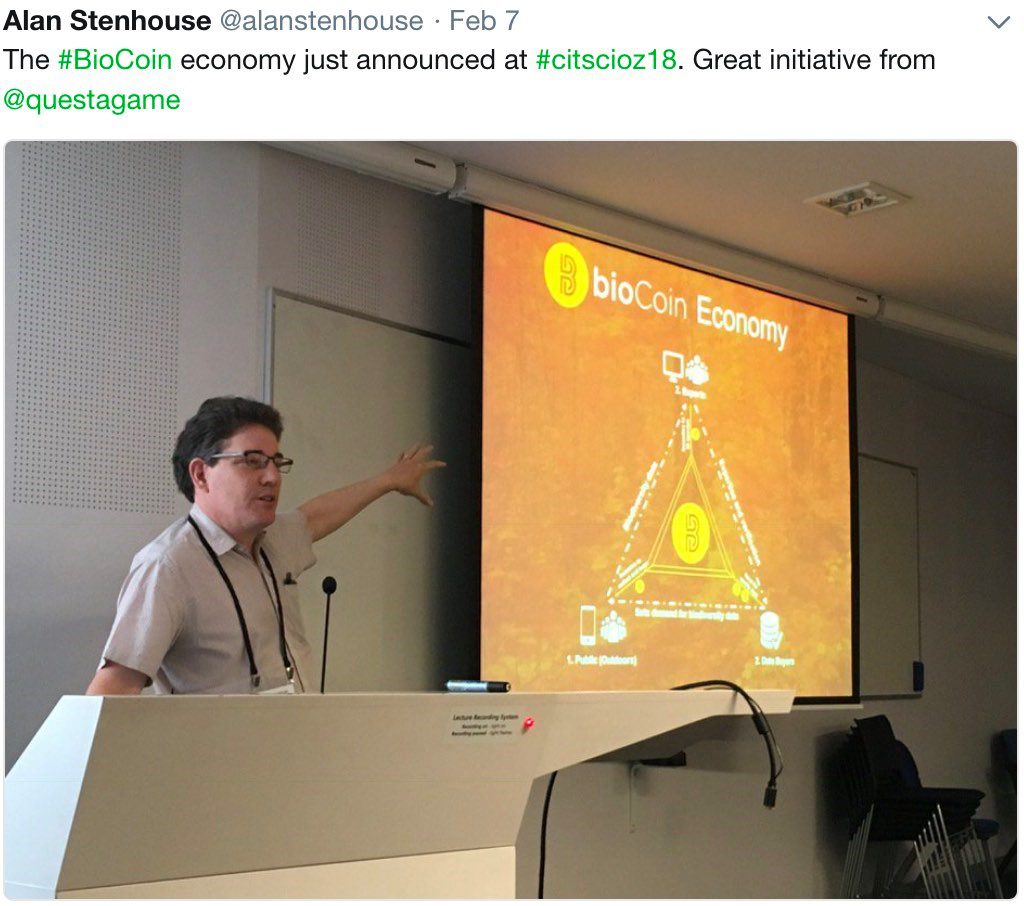 There were, of course, loads of great projects from around Australia, but best of all was meeting and talking to the people involved in all these projects both at the conference and afterwards (did I mention the social events?). It was interesting, enriching, and inspiring! Many thanks to all the participants and especially the organizing committee. I’m looking forward to the next conference!