Skip to content
29Mar 2019 by Libby Hepburn No Comments

Amongst a cast of thousands from across the globe, the citizen science delegation in Nairobi included 20+ representatives from the global citizen science community, Europe, US, Australia, Africa, Madagascar, Asia, South America….The focus of our big delegation was for strong advocacy across as many sessions as possible to promote citizen science as a valuable and significant provider of data towards the SDGs, bringing in local knowledge and changing behaviours.

Building on the great work done in 2017, when citizen science was really introduced as an important concept, the citizen science team was again organised, co-ordinated and inspired by Martin Brocklehurst. We met before and after every day during both main events, to share insights and contacts, usually in the famous café where we enjoyed great Kenyan coffee.

The key theme of the Science Policy Business Forum seemed to be that data alone achieves nothing. There was an amazing array of technologies on display, but an acknowledgement that there are many data gaps and progress towards the SDGs will only be achieved with the transformation of the way we work and the engagement of public and civil society in this great endeavour.

Citizen science and its critical part in contributing to the SDGs, was mentioned in the opening plenary of both main sessions and many of the other presentations and discussions. The level of understanding of all its potential may be questioned, but citizen science is definitely the hot topic at this global policy forum just now. 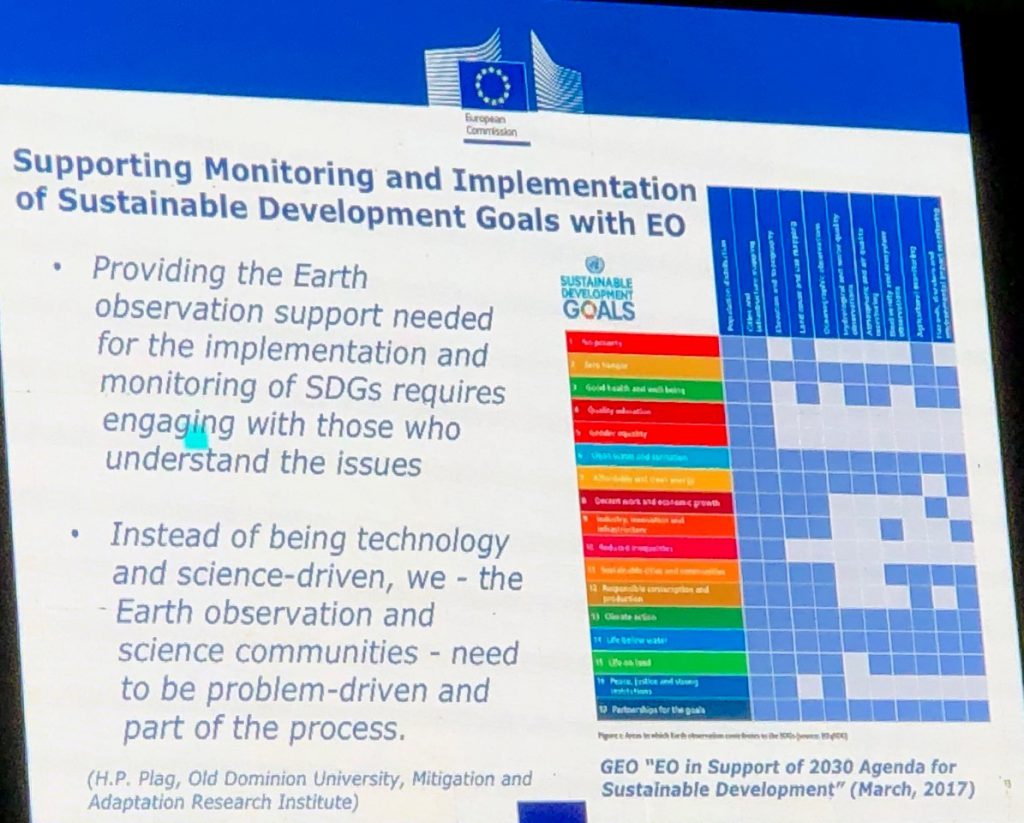 Many of the presentations talked about the huge advances in Earth Observation technologies and showed great examples from developed and developing countries and the oceans where previously impossible to measure or influence problems are becoming seen and therefore able to be tackled.

Again and again people from many different perspectives working on many different kinds of problems were saying that we are getting access to much more detailed data, but for the SDGs there are still many data gaps which are becoming more evident as the whole 2030 Agenda moves forward. There is also much data which will not be of any use unless there is the engagement of local communities to ground truth and action what is becoming known.

Our citizen science global community has had great visibility, with presentations by Dilek Fraisl, Anne Bowser, Martin Brocklehurst, Jacquie McGlade and Herizo Andrianandras showcasing key projects and demonstrating the value we can bring to the sustainable development agenda.

We are getting the clear message that it is incumbent on our global community to demonstrate its capability through results. In Nairobi, we were an international delegation representing the Citizen Science Global Partnership(CSGP) which is in its early stages of development and the UN who encouraged its formation two years ago, wants to see it institutionalised in some way so they have a single entry point to act as an interface for all the world’s citizen science networks.

At the end of the UN Science Policy Business Forum, we added a day-long workshop for all the delegates present, working as the CSGP Task Force to develop proposals for the governance of the Partnership. There was a planning meeting of the SDG/citizen science Maximisation group and we announced another CSGP hub in Geneva hosted by the Citizen Cyberlab and University of Zurich – just a desk and meeting room so far, but at the heart of the UN.

A positive and powerful declaration of citizen science’s advances and aims was announced at the end of the Science Policy Business Forum and was included by UNEA4 in their records and final declaration. It is added here for you to see. 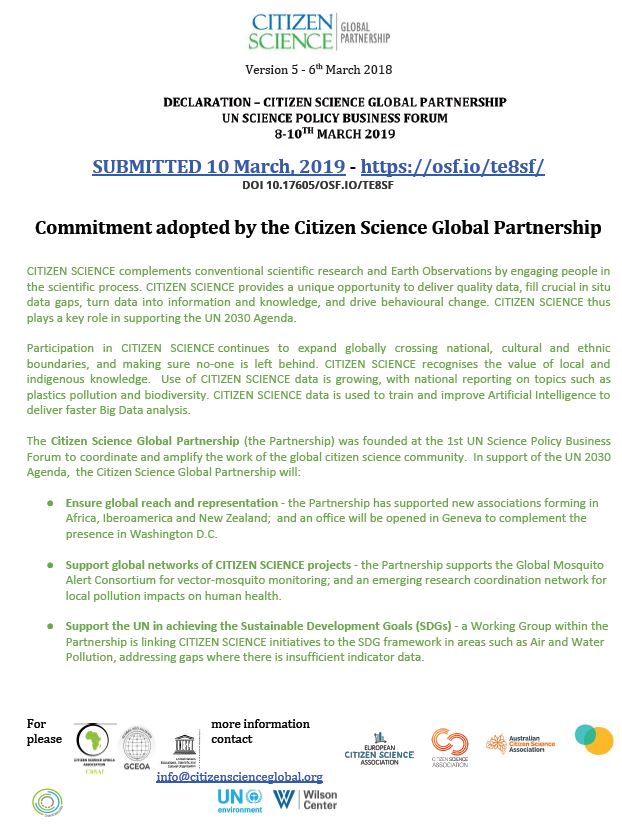