Skip to content
07Mar 2018 by Jessie L Oliver No Comments

An epic adventure through the wild world of citizen science kicked off on Adelaide’s City West campus of the University of South Australia on 7 February 2018 with the start of Australia’s second national citizen science conference. The conference brought together citizen science practitioners, participants, thought leaders and decision-makers, with the aim of showcasing best practice in citizen science and sharing project outcomes from across Australia and around the world. You can find out all the information about the presentations and workshops of #CitSciOz18 here and the Book of Abstracts can be viewed here.

From #CitSciOz18 Policy Sessions to a Meeting in the Capital!

The conference included a fantastic two-part session highlighting citizen science policy development and impacts on society, which was championed by Libby Hepburn and had over 120 delegates in attendance. The session kicked off with inspiring pre-recorded videos from Professor Alexandre Caldas, with United Nations Environment Programme (UNEP), and Martin Brocklehurst, an independent environmental consultant in the United Kingdom and founding member of the European Citizen Science Association (ECSA), providing inspiring visions for citizen science to combat worldwide issues through global citizen science partnerships. The recent United Nations Science-Policy-Business Forum, which Erin Roger, our fearless ACSA chair attended and blogged about, and initiatives such as the Citizen Science Global Partnership (“Citizen Science Global”) and Global Mosquito Alert Consortium were highlighted. Martin also shared the  commitment adopted by the Global Citizen Science Delegation to have 1 billion people participating in citizen science globally by 2020. Follow this via #1BillionCitSci2020 on Twitter! We all certainly have our work cut out for us, but let’s all do our part!

Dr. Lea Shanley spoke to her learnings as a founder and co-chair of the Federal Crowdsourcing and Citizen Science Community of Practice for the United States, as well as her experiences during her fellowship developing open science and innovation research strategies with NASA. Dr. Amy Kaminski spoke about working in open science and innovation with NASA both as a program executive for Prizes and Challenges, and in the past, as a senior policy adviser for the Office of the Chief Scientist.

On Monday the 12th of February a forum in Canberra was held to share highlights from the conference with those who couldn’t attend in person. Lea Shanley and Amy Kaminski joined these sessions in the capital city to share their experiences on bridging citizen science and policy in the United States.

Friday the 9th of February 2018 will go down in ACSA history as the launch of the first three regional chapters of ACSA! We welcome and congratulate ACSA Western Australia, ACSA South Australia, and ACSA Victoria!

ACSA Chapters will play integral roles in fulfilling the vision to build an Australian community of practice that supports, informs, and develops citizen science. We hope that Chapters in Queensland, Northern Territory, Tasmania, and the Australian Capital Territory will be joining the ranks soon.

The ACSA Data & Metadata Working Group, which will be chaired by Peter Brenton from the Atlas of Living Australia, was also introduced. It was also announced that Dr. Geoff Garrett, former Chief Scientist of Queensland, has agreed to be an ACSA Adviser. We couldn’t be more thrilled with him taking this role, as he has been advocating for citizen science from behind the scenes since the inception of the Association.

The ACSA Management Committee also took the opportunity to outline our priorities for the upcoming year. These include: evaluating the conference and our strategic plan, outlining the benefits of regional chapters, and refining our working group process, just to name a few.

An overview of Dr. Finkel’s speech was published via Conversation.

Dr. Emilie Ens spoke of the brilliant citizen science outcomes from the Ngukurr Wi Stadi bla Kantri (We Study the Country) Research Team, which are working to protect the environment and actively maintain endangered cultural knowledge.

This project is conducted in affiliation with Macquarie University, Yugul Mangi Rangers, and Ngukurr School, and was the recipient of the 2017 Department of Industry, Innovation and Science Eureka Prize for Innovation in Citizen Science.

Perhaps I was the only sook in the crowd, but learning of this project’s profound community outcomes and Dr Ens passion for the people she works with choked me up!

Dr. Caren Cooper, author of the book Citizen Science: How Ordinary People are Changing the Face of Discovery, from North Carolina State University, U.S. gave a great talk providing a historical perspective on citizen science and demonstrating how the science from citizen science projects can feed into social activism and create broad-scale change.

Amy Sterling, Executive Director of Eyewire, a project hosted at Massachusetts Institute of Technology (MIT), U.S. showed us live how you can play a game to map the brain, while demonstrating how crafty platform designs, gamification, community building, and providing tools for citizen scientists will not only engage them to participate, but also to help develop new features to the platform! Live chatting players caused the conference attendees to roar with laughter a few times!

The conference affiliated public lecture was also a roaring success with over 300 people attending! Dr Leanna Read South Australia’s Chief Scientist opened the event, which was sponsored by the Government of South Australia, where Caren Cooper and Amy Sterling gave headline talks. Our very own ACSA volunteer social media moderator Michelle Neil also joined the Q&A panel! We were lucky to have ABC journalist Jessica Harmsen be the master of ceremonies (MC) for this event. You can catch a listen online via the Hawke Centre.

Episode 3 of the 4-part series of The Crowd and the Cloud was shown at the conference, but if you missed it, or would like to view it or one of the other episodes, the are all freely available online. If you would like high quality videos for public screenings, let us know.

Getting our citizen science on outside & unwinding!

We rounded off the conference with two days jam packed with field trips which allowed delegates to tour Adelaide and surrounds, and learn about South Australian based citizen science projects. The inclusiveness, awesomeness, and fun of our citizen science community was also highlighted for me on a personal level many times! For example, folks were all too happy to help to get me exploring those rocky reefs without anything other than my feet getting wet!

We are very grateful to have had quite a bit of media coverage during and following the conference! If you know of more, be sure to send us message! Here are the ones we know of:

“How a German migrant planted citizen science in Australia – and why it worked”. The Conversation, by Dr. Alan Finkel based on a speech Dr Finkel delivered to the Citizen Science Association Conference 2018 in Adelaide on 7 February 2018.

“The App Sending Gamers Out into Nature“. The Wire with Andrew Robinson, CEO of QuestaGame. Aired 21 February 2018. 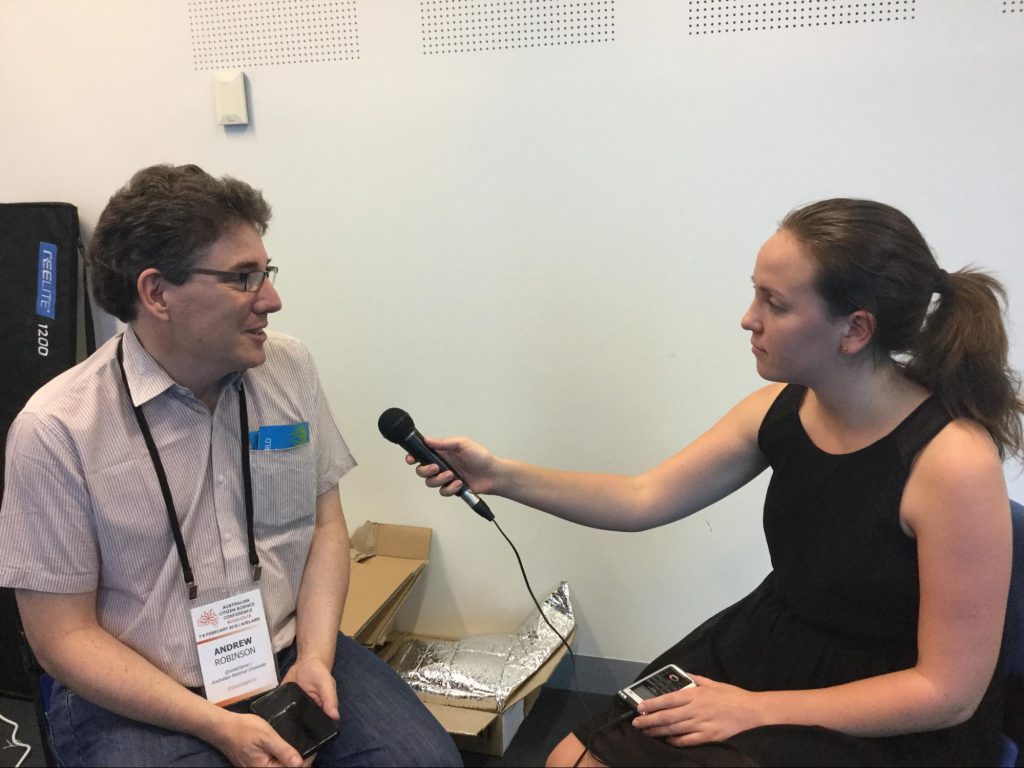 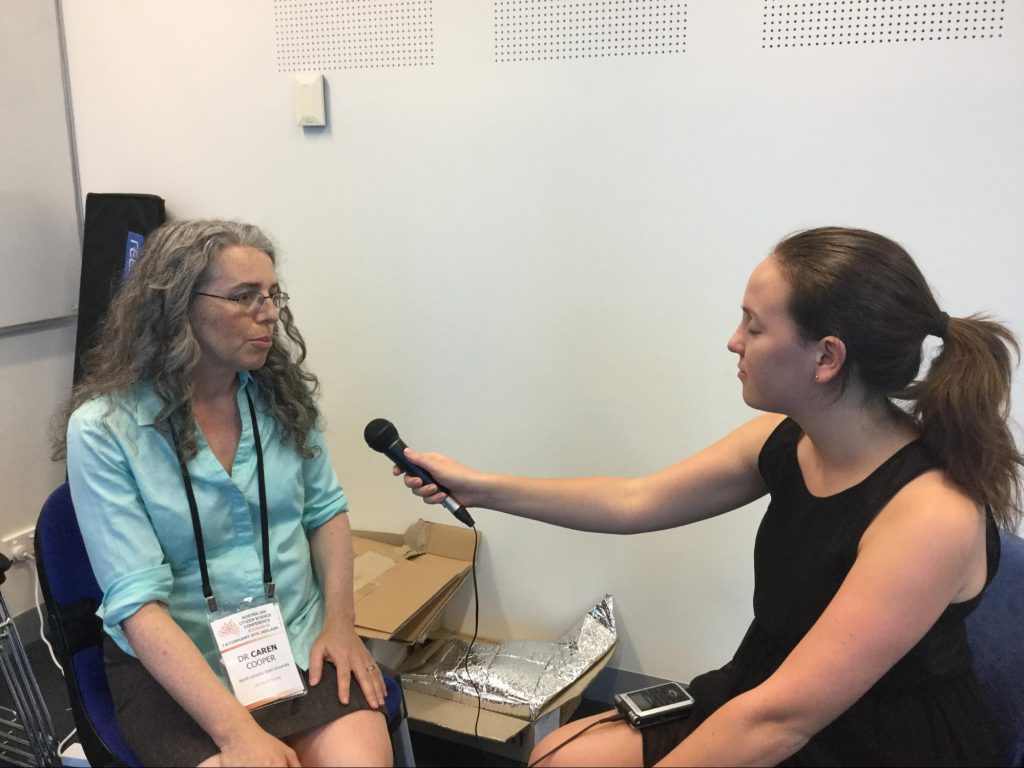 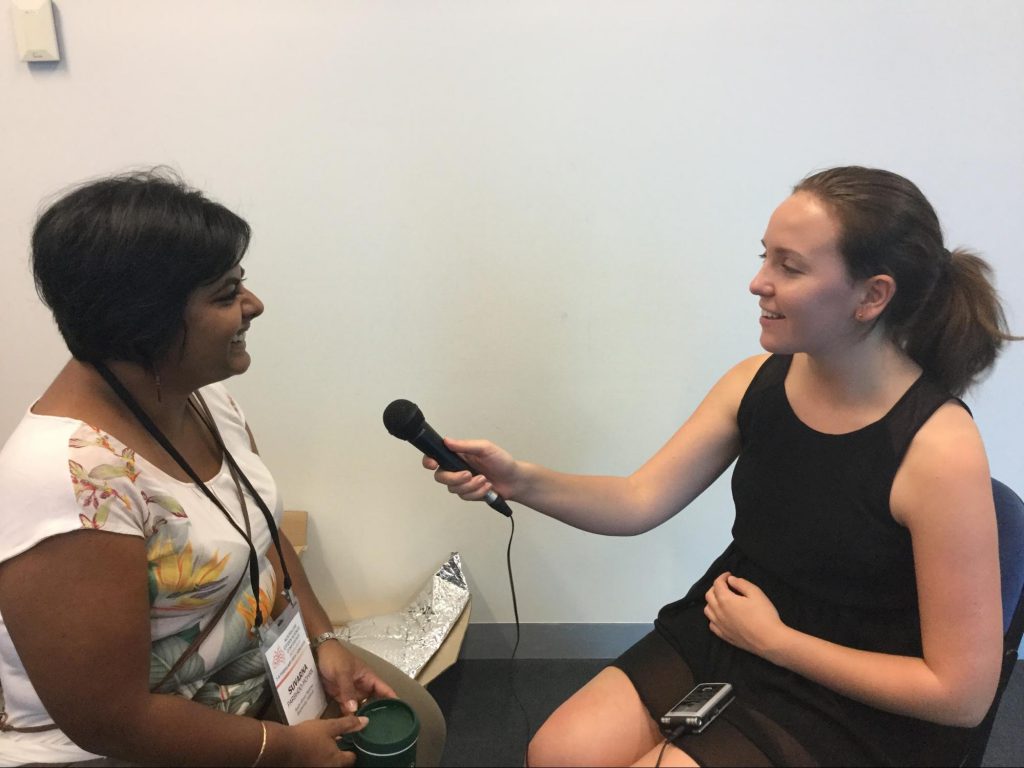 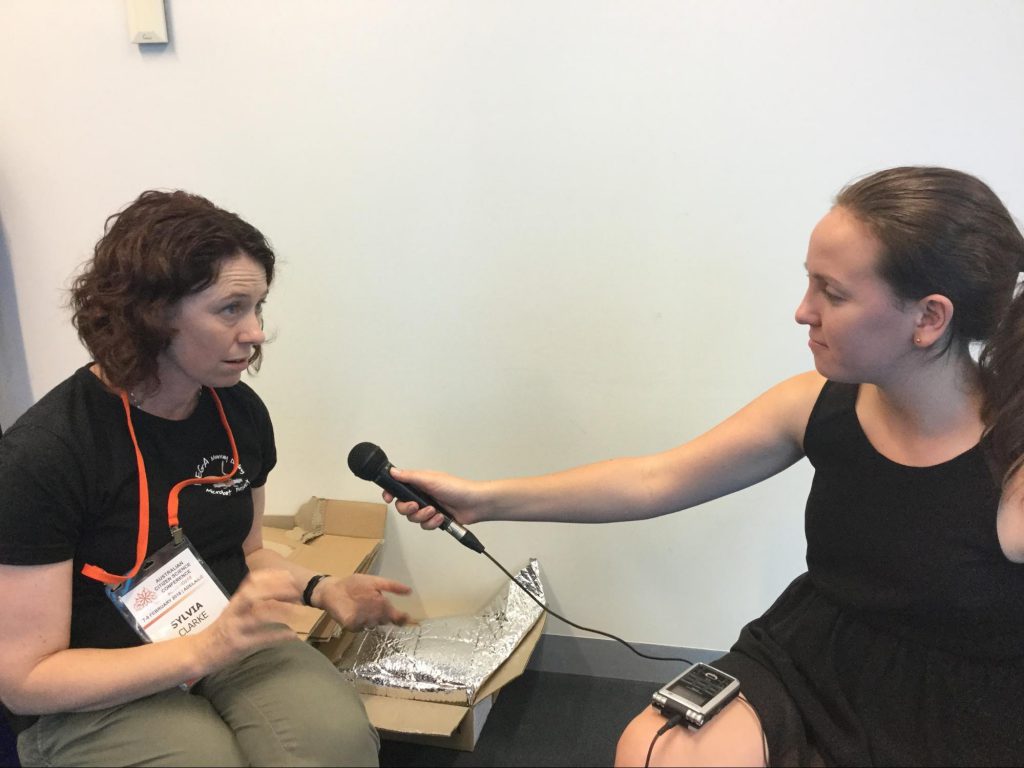 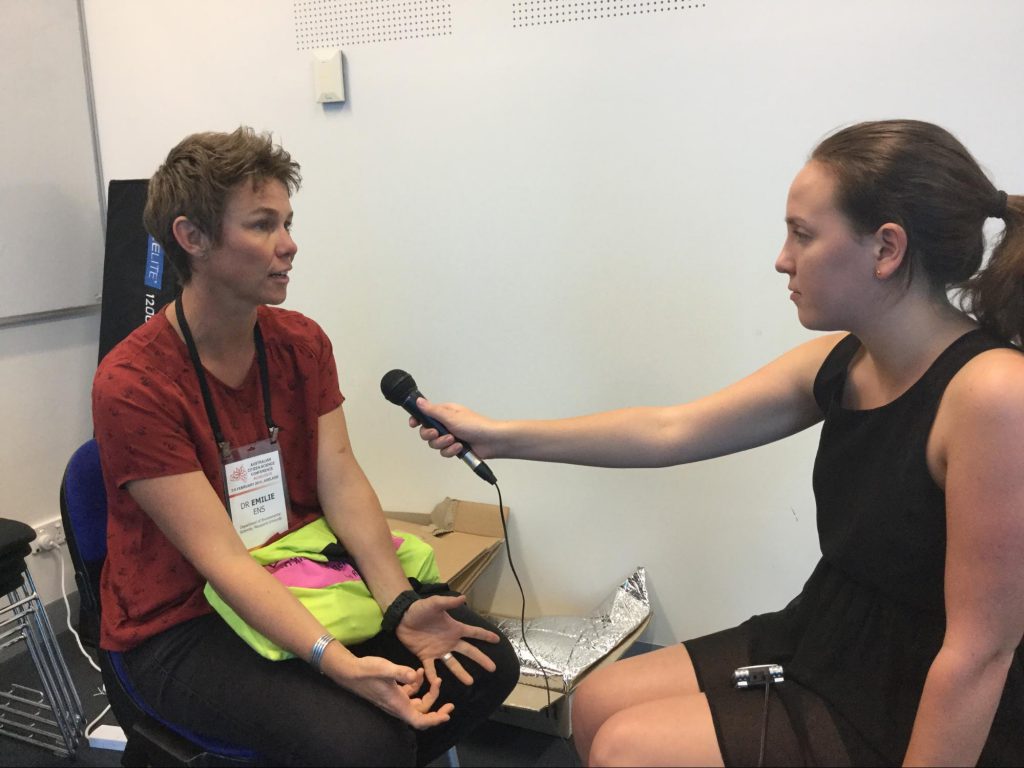 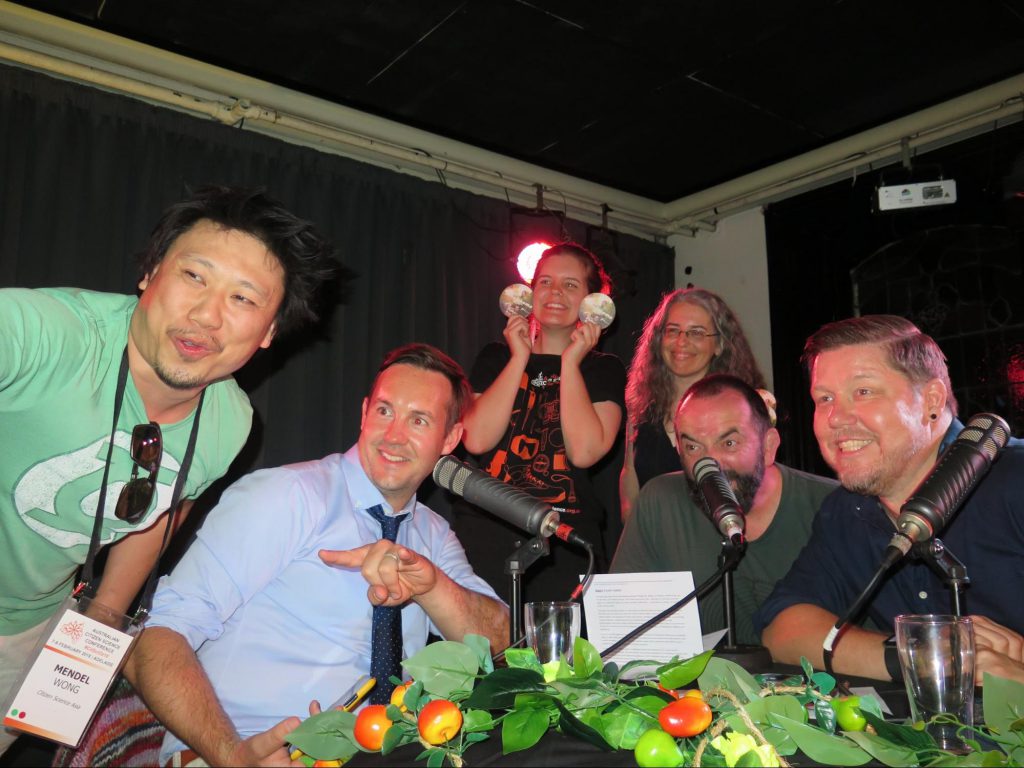 A number of competitions were held during the conference, and we would like to congratulate our winners once again! They picked up some terrific prizes including copies of Caren Cooper’s book “Citizen Science: How Ordinary People are Changing the Face of Discovery“, 60x microscopes, ACSA t-shirts and more!

Supporting & Getting Involved with ACSA

Many thanks for your interest in #CitSciOz18!

Sincerely,
Jessie Oliver on behalf of both the ACSA Management and Conference Committee members.