Skip to content
12Aug 2019 by Amy Slocombe No Comments

Worldwide, marine turtles are at risk. But on the Cooloola Coast in the Gympie region of Queensland, where several endangered, vulnerable and threatened species (including the green, loggerhead, hawksbill and flatback turtles) live, there are some extra challenges. This is an area of dynamic sand movement and many 4WD tourist vehicles use the beach daily, especially during school holidays, because the beach is a gazetted ‘road’. Young hatchlings whose nests survive the king tides and storm surge of the crazy Queensland storms, have to run the gauntlet to survive.

The Cooloola Coast turtle breeding beaches urgently need monitoring and the community needs education about marine turtle behaviour if the turtles trying to nest in this area are to be successful. These beaches and those to the south are vitally important because sand temperature determines the gender of the hatchlings. Only beaches south of Bundeberg are cool enough to result in male turtles, to balance the feminisation of turtles north of this location. 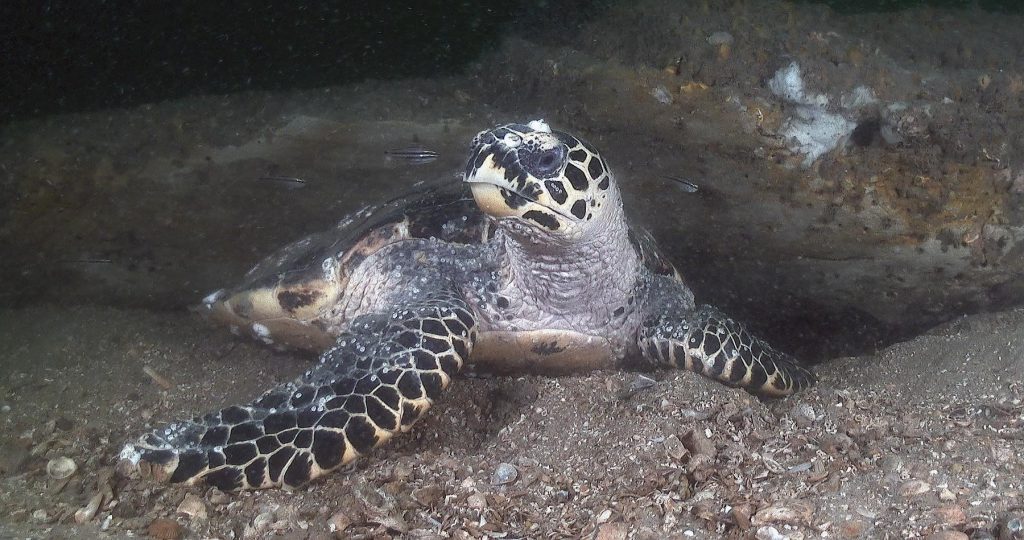 In 2017, one nest was laid right next to the Lifesaver’s Tower on the main swimming beach. It was sadly lost during the first night to the ravages of a large high tide. Luckily for Cooloola turtles, a very experienced turtle carer with extensive experience around the world in turtle rescues, relocating turtle nests and tagging turtles, Joan Burnett, moved into our area. Now her work has been fast tracked thanks to an ACSA Seed Grant!

Cooloola Coastcare has been able to rally a merry band of volunteers together and start an education program for the community. In the last few weeks, members of the public have reported stranded and sick turtles and our team has been able to help out in the rescues and collect data about several turtles. With the help of the ACSA Seed Grant, the TurtleCare Program is well underway and plans are being ‘hatched’ for more Cooloola volunteers to be trained at the Mon Repos Turtle Research Centre in the 2019-20 turtle season. We’re changing the survival rate of marine turtles one turtle at a time. In July and August, we’ve been involved in rescuing a turtle from a crab pot, assisting a turtle found floating on the surface and collecting data about deceased turtles.

Turtle education will also be a feature of the upcoming National Science Week STEAMzone Festival in Gympie with Joan’s newest educational resource…a realistic model of a hatching turtle nest complete with the moonrise over the sea.

While there are many tourist photos of marine turtles in the Cooloola Coast area taken by campers, kayakers, fishermen and divers, there is little scientific data about the numbers of marine turtles trying to lay their eggs on Rainbow Beach.  Data collected about turtles stranded and rescued by the Citizen Scientists is adding to the knowledge base.

A partnership has been established with the Sunshine Coast TurtleCarers for shared training and collaboration. Cooloola TurtleCare will promote broad and meaningful participation in citizen science by our TurtleCare volunteers, local residents and tourist visitors.